No items found.
Go To Pricing
Product is not available in this quantity.
  Login
Book a DemoGet Early Access
Thank you for registering.
Oops! Something went wrong.
Tech
7
min read

Excel is arguably the most successful SaaS product of all time. 750 million users worldwide. Just read any other blog post in the FP&A, forecasting, projections, scenario analysis or sales modelling space. Excel’s sheer flexibility, depth and industry dominance makes it the Goliath of the financial world. But Excel has a blindspot. 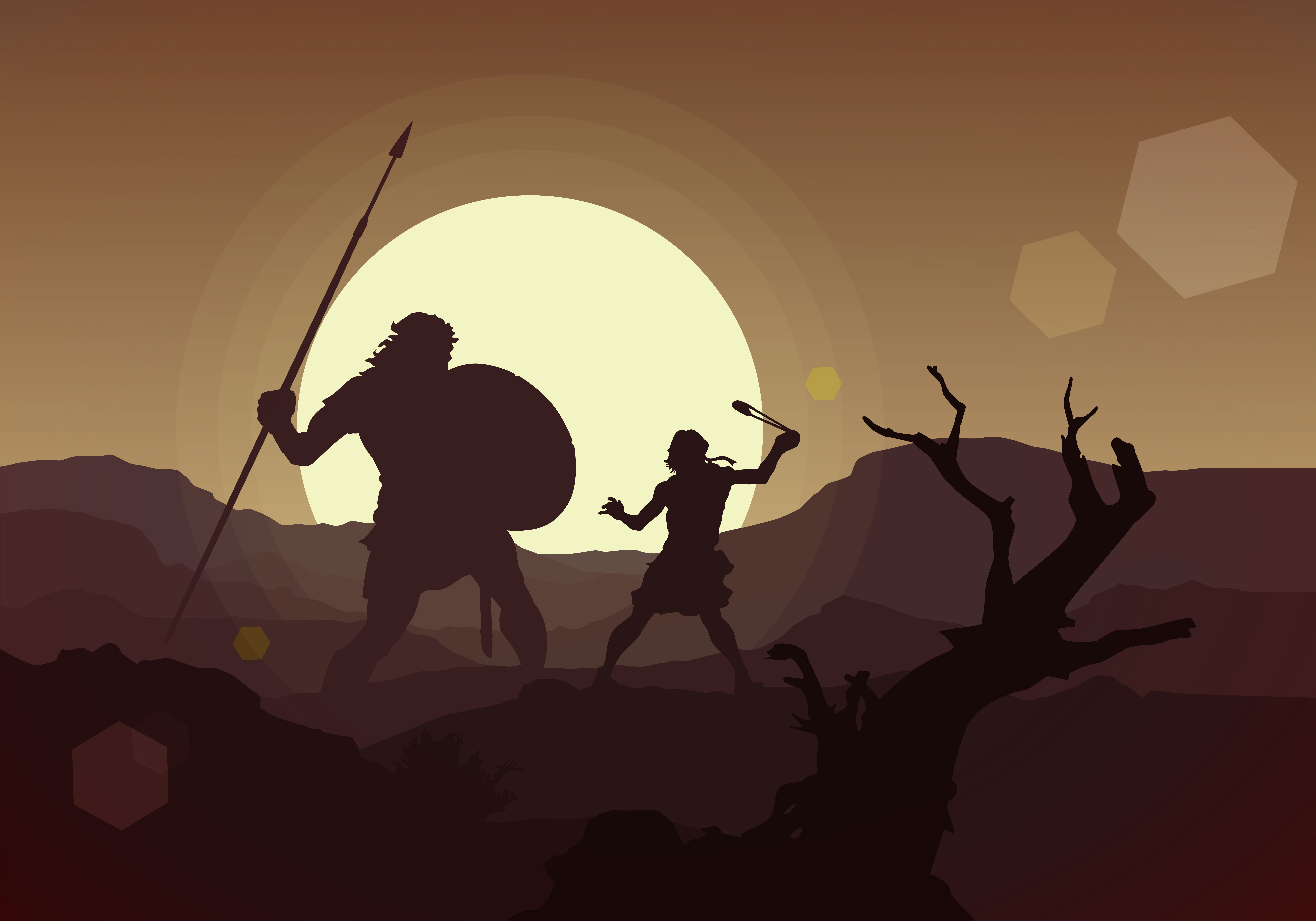 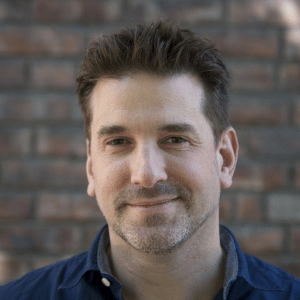 Sometimes innovation requires an outside perspective. Jon has spent 25 years in the feature film & TV VFX industry - working on some of the coolest movies you've ever seen. Jon combines a background in Industrial Engineering from the University of Toronto, Fine Arts from OCAD and Digital Animation. Coolest movie he has worked on - District 9. Not so cool.... Sin City 2.

Excel is arguably the most successful SaaS product of all time.

Just read any other blog post in the FP&A, forecasting, projections, scenario analysis or sales modelling space. Excel’s sheer flexibility, depth and industry dominance makes it the Goliath of the financial world.

In the tech space, there are two types of Founders - and not surprisingly - the narrative doesn’t match the reality. Most think of innovation in a space as the byproduct of a seasoned, deeply embedded thinker with years in a space leading, or iterating, towards a new solution or product.

Taking a page from Super Founders: What Data Reveals About Billion-Dollar Startups by Ali Tamaseb, it can equally be said that some of the most innovative and ground breaking shifts in technology come from outsider thinking. Someone with domain expertise in an entirely different vertical that brings a unique, different viewpoint to an existing space.

They ask the “why is it this way?” questions.

(hint: the answer is usually something like “well, that’s the way it has always been done.”)

It is through this lens that we boldly state that Excel, and spreadsheets in general, have a problem. A blindspot. An Achille’s heal.

And that blindspot is…. time.

If you have ever sat down after a family vacation and attempted to cobble together all of your videos into a highlight reel, you’ll quickly realize that video editing’s primary dimension is different.

Now take a company’s monthly AWS costs. Or their yearly taxes. Or the price of hamburger buns in Bulgaria.

A plus B might equal C today - but in six months, or a year, everything changes. Inflation. Payment terms. Start and end dates. Contract lengths. Availability.

Fundamentally, Excel is calculating a static, moment-in-time value and then finance folks do their best to amortize or spread or ripple that value through time.

Why do quarterly reports exist in the first place? Seriously. Why?

Because it is the only way to measure the complexity and volume of data for a shifting, dynamic business model without a team of financial analysts’ heads exploding. We create these milestones and breakpoints, spend weeks reconciling the books to create a post-humous snapshot of the game AFTER it is over.

In the immortal words of Keanu Reeves/Neo:

There is no spoon?

Scrubbing thorough a video editing timeline, the images instead update frame by frame. Move that clip of your mother-in-law suntanning on the beach by two seconds and instantly see the result.

Taking the analogy one step further.

Add a sepia filter. Or resize that picture of your Uncle Hugh and add a black-and-white filter to it with just a few clicks. Toggle it on and off. Or move the entire stack to the end of the video instead of the beginning.

Layering non-destructive “transformations” over top of the existing data to test different “what if” outcomes.

Now try that with your spreadsheet.

Take the entire Chinese office initiative that you have planned for Q1. Now slip it to happen in July instead, but factor in inflation, extending leases, and a premium on renovating the 3rd floor to have it ready in 2 months instead of 3.

In the words of almost any CFO…

“That’s a great question Bill…. let me get back to you….”

By now, you can probably tell that my background is not FP&A. Or finance. Not a CPA.

I’ve spent 25+ years in the VFX feature film and television industry working on some of the biggest (and not so big) TV shows and movies in Hollywood and beyond. We exist in a world built to handle complexity and wired for change. We move more data than banks. Just take a look at the VFX credit list at the end of Avenger’s Game and you will see the sheer scale and number of touch points that a movie goes through.

As a relatively new, digital first industry, we’ve developed workflows and systems that embrace complexity and expect change. Artists are visual - and while some of the earliest images were created with lines of code - the industry rapidly evolved to a mostly visual, interactive, code-free approach - freeing up the artists to rapidly iterate and create.

Here’s a screen grab from a piece of software called Nuke. It is a node-based, visual flowchart - more like a decision tree. Each block represents a step-by-step calculation.

Some blocks are designed to resize an image. Others remove the greenscreen. Another is designed to import the computer generated dinosaur. Make a change “upstream” and all of those updates flow through the network to immediately “recalculate” the millions of pixels in an image, frame by frame.

It is not uncommon for a single VFX shot in a movie to have had hundreds of iterations - constantly evolving. Constantly changing.

We see an opportunity to fundamentally evolve financial and strategic calculations leveraging a timeline first approach inspired by the workflows and timelines of the VFX and editing industry. More than just layering UI on top of an existing rows and columns architecture.

Instead, we’re connecting together a bunch of pre-built business logic events (Customers → Growth → Churn or Contracts → Revenue → Expenses) with all of these “Events” dynamically living on a timeline - not buried in a cell.

This model for financial calculations allow anyone to follow the logic flow, easily tweak a value, shift a calculation in time, or quickly test multiple “what if” scenarios by branching calculations .

A model where anyone can build, tweak, calculate and test strategic and financial theories and ideas.

Always close with an ask

We’re in our early adopter phase. The tech is built and we’re working with a cohort of early and mid stage SaaS startups helping them to simulate different business outcomes. Growth. Churn. Pricing. Staffing. Revenue. Runway. KPIs. Metrics. All in a visual, timeline based format that their grandmothers can easily understand.

We’re working with a Vancouver based gaming company that has raised $4M and is simulating future funding rounds, staffing outlay and pricing options for their first game release.

We’re working with a NY executive recruiting firm modelling lumpy cash flow and how to plan for payroll with non-traditional revenue streams.

We even have a handful of Fractional CFOs that are testing our approach with some of their clients.

Ask #1 - we're starting our second cohort for pre-seed, seed or series A Startups in the SaaS or services space. Reach out if you know of a company that can benefit.

Ask #2 - it is one thing to bring a fresh idea to a vertical that is ripe for digital transformation. It is another thing though to do this in concert with forward looking, innovation minded domain experts in the space. We’re actively seeking a small team of industry experts to join our advisory board - working with us to shape our roadmap, technology and go-to-market strategy.

Planning to scale your business? Here are 90+ services and tools to automate your financial workflows.

Download our guide to 90+ digital software solutions and frameworks to help automate your business and set your finances up for scale.

Your guide is rocketing to you right shortly.
Oops! Something went wrong.
Don’t worry - we hate spam too! 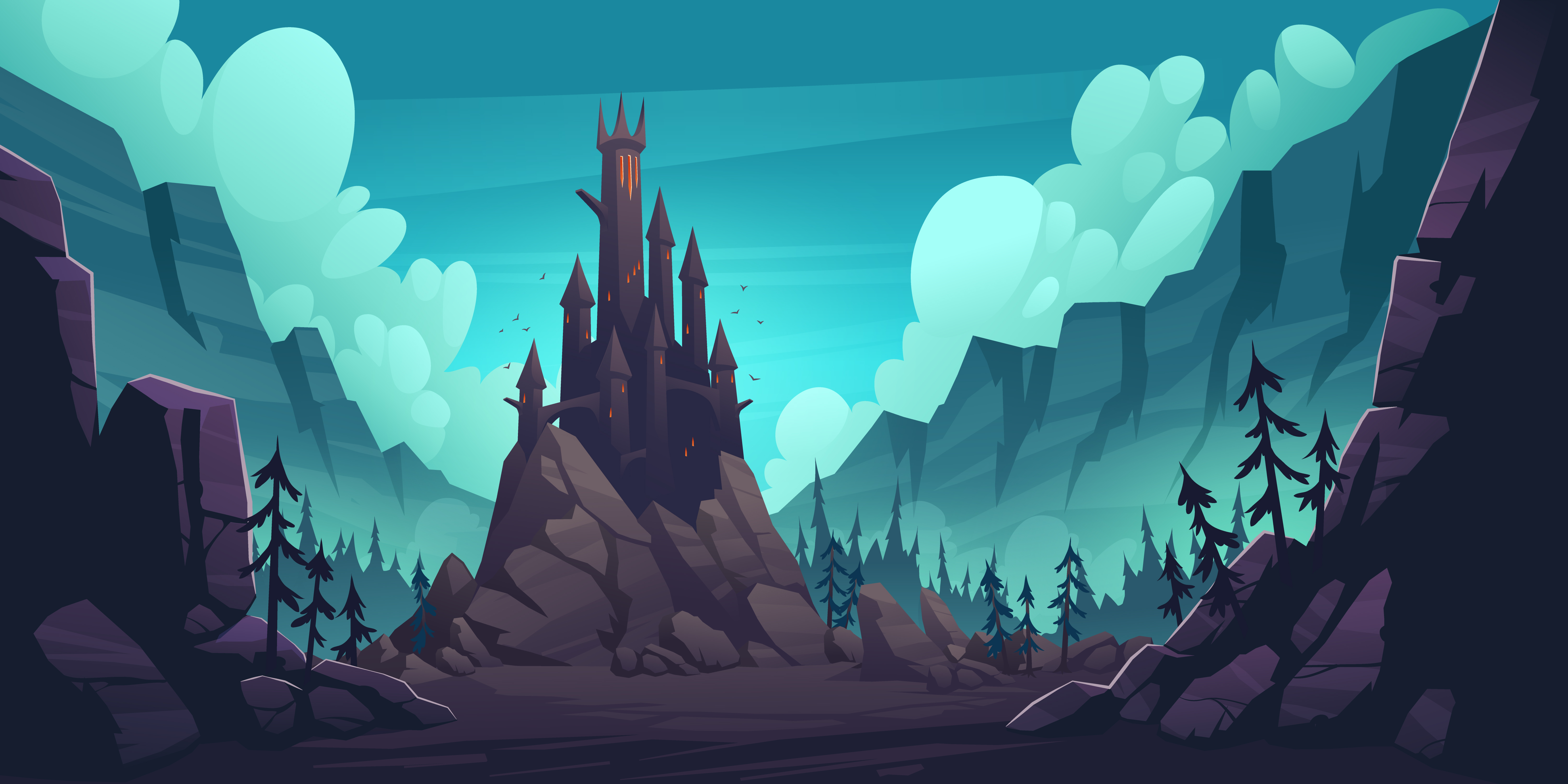 Once upon a time, in a faraway land, there was a Startup full of hopes and dreams. They had searched far and wide and assembled, at great cost, a castle full of Customers. But then the Startup kingdom fell victim to a seemingly harmless looking little monster called Churn and the business died a very, very slow death as all its Customers left… one by one. 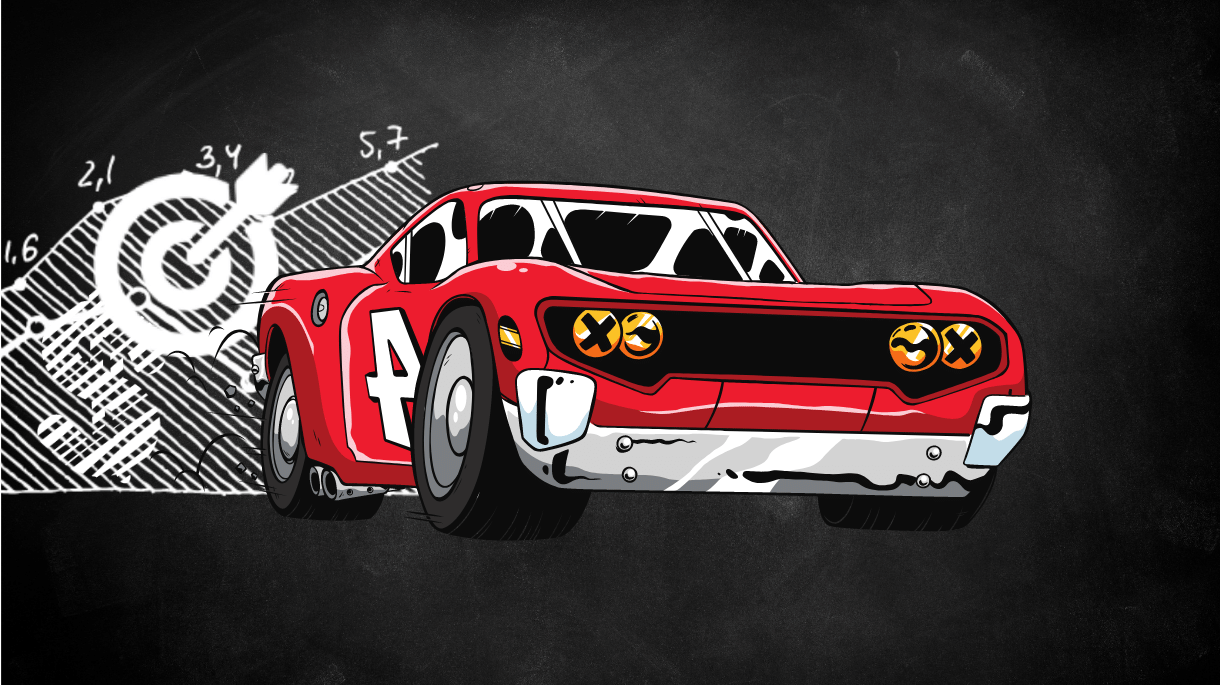 Financial data underlies everything that a Chief Finance Officer (CFO) has to determine or predict or make forecasts on for the company they support. Building any financial planning model on a business requires access to the financial data across the whole organization - budgets, invoices, revenue, payroll, and more - historical and recent. 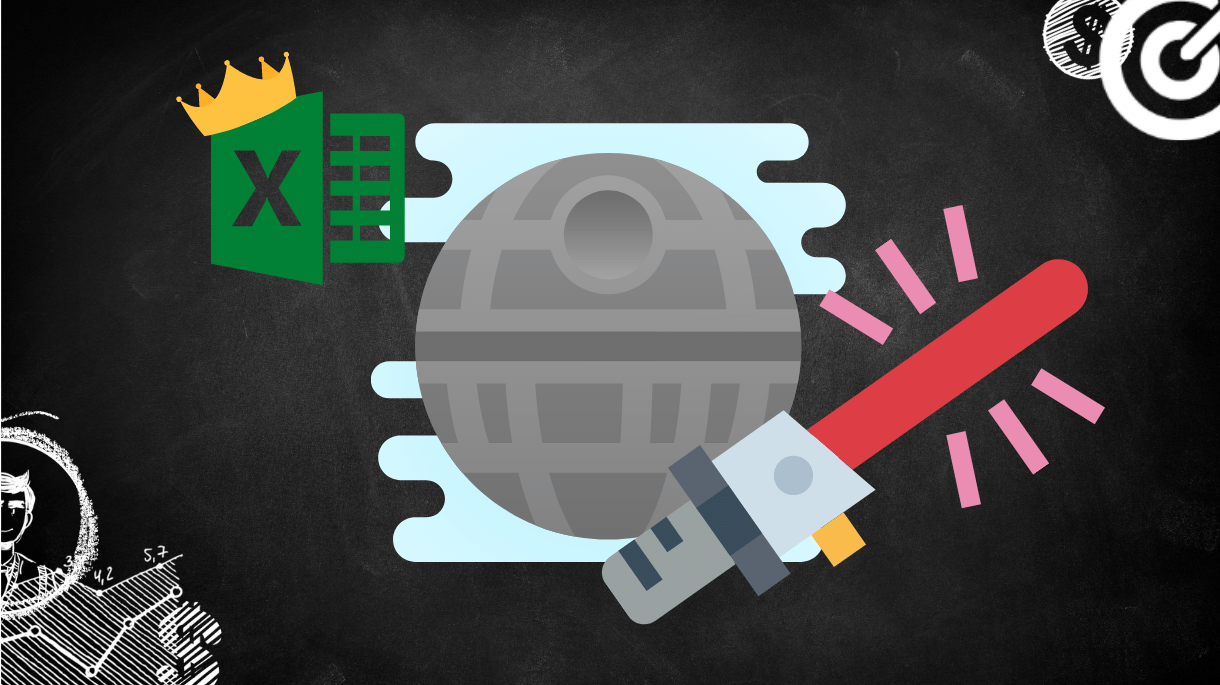 This might come as a surprise but we aren't the only company building cash flow scenario planning software. Here's a list of all of our competitors and some honest feedback on what they do amazingly well.